Published by Head of Zeus

Handsome Frank Rossi took Matty Gilbie away from her working class roots in Bermondsey, East London and promised her fame and fortune. In America, the Cockney Canary would become a movie star. As his wife, she would be half of a power couple, fêted and adored by all. But the Wall Street Crash of 1929 puts paid to all that, and as Frank becomes more violent and unstable, Matty flees in the dead of night.

Once home in Bermondsey, she goes into hiding and starts desperately looking for work. But only Peak Freans, the hated biscuit factory, is hiring staff. Then, as a secret from her past comes back to haunt her, Matty learns that Frank is on the move, determined to find her and get her back. 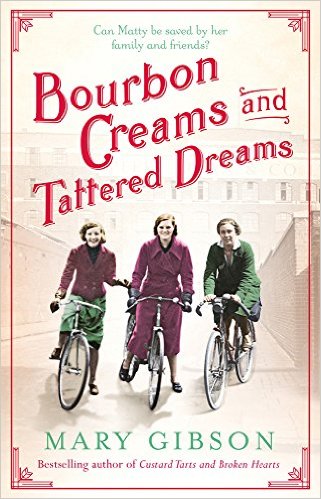 This book was sent to be by Head of Zeus in exchange for a fair and honest review.

This book is a perfect comfort book. Mary Gibson’s beautifully written characters and prose come to life in your imagination. Her characterisations are both believable and true, with our main protagonist, Matty, being sympathetic while also human. As she comes to terms with the end of her film career and tries to run from the gangster boyfriend who controls her. That gangster, Frank Rossi, is suitably intimidating and frightening, but all of Matty’s friend rally round to help.

Set in 1930s Bermondsey, London, a time of job losses due to the great depression after the First World War and the slum housing conditions that were prevalent at the time, it could have been a depressing scenario of a young woman’s dreams, instead the book is filled with love, laughter and hope, and while the characters do have their share of misfortunes and tragedies, (this was a time when TB was rampant with no real cure, and antibiotics for other ailments hand not yet been invented.), what comes across in Gibson’s writing is something that is sadly missing in today’s modern, fast paced world – Community.

The Bermondsey of Gibson’s’ narrative has community and community spirit, something that would hold the Country together in the coming war years.

This is a place where you are not just Neighbours – you are family and family always comes first and sticks together no matter what. That community spirit comes over in spades.

A great plot with adventure, heartbreak, tragedy and romance, the instilled in me a sense of well-being that con only come from an author who knows her subject.

The book made me happy and sad, filled me with anticipation and fear for the mail characters, but more than anything it gave me a sense of being home.

And that home is the best and safest place to be.

I have been collecting Marilyn Monroe items since 1990 and the collection includes around 400 books, as well as films, documentaries, dolls, records and all sorts of other items
View all posts by Andrea Pryke →
This entry was posted in Historical Fiction, Romance and tagged Bermondsey, Mary Gibson. Bookmark the permalink.