Children of the Moon by Laekan Zea Kemp

Growing up, Bryn’s nightmares and the debilitating sleep episodes that came with them were what made her weak. But now that she’s learned how to manipulate the dreams, they’re what make her strong. Strength she’ll need now that the shadows have finally trapped her in a nightmare too dark and deep for Roman to reach. 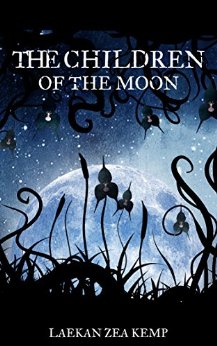 The third story in the Girl in between series and Bryn is rapidly approaching her 18th birthday when everything will change. Again another gripping read from Leaken Zea Kemp, this series keeps getting better and better, other dreamers like Bryn are disappearing or falling into comas, can Bryn, Roman and the others save them?

The characters keep growing and Bryn is now realising her responsibilities, he curse, she is so human in her reactions, so strong and yet so weak, so real are her fears and her nightmares, unlike ours are real.

This book seems longer than the other two in the series but I was still so gripped by the story that it only took me a couple of days to read.

Book 4 in the series The Daughter of the night is out now!!

I have been collecting Marilyn Monroe items since 1990 and the collection includes around 400 books, as well as films, documentaries, dolls, records and all sorts of other items
View all posts by Andrea Pryke →
This entry was posted in Magical Realsim, Romance, Science Fiction & Fantasy, YA and tagged Laekan Zea Kemp. Bookmark the permalink.