When Jenine finds an abandoned camera in a lighthouse, she takes a photo for fun. But there’s something very, very wrong with the picture: it contains ghosts.

Jenine and her best friend, Bree, realise the camera is capable of capturing the dead. But with each new photo taken, the spectres become more aware and more alert, and begin following the friends. Desperate, Jenine seeks the help of a paranormal researcher. He only has bad news, though: they’ve meddled with something far beyond their control, and the ghosts won’t stop… not until Jenine and Bree are dead. 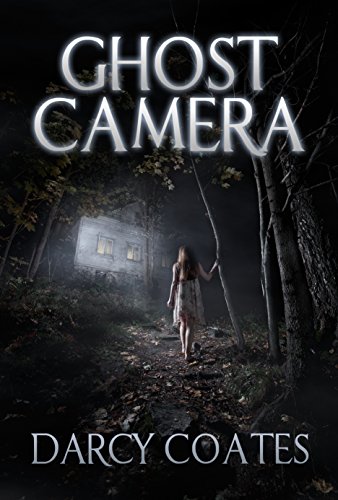 The premise of this book is a good one – a camera that takes photos of ghost, however this plot did remind me a little of the computer game Project X and the film The Ring, take too many photos and the ghosts will kill you.

Characterisations in  this book were a  bit on the thin side and the main characters had no backstory in which to bond the reader to them, it wasn’t until halfway through the book that we learnt one character was studying to be a lawyer.

The best character was Richard Holt, the ghost hunter but the story really didn’t take him far enough or do enough with him.

The story was poorly constructed with no information regarding the camera and why it became haunted or why Richard Holt was so afraid of the cameras. I felt the story could have used some investigation as to the origin of the camera which would have given the story the depth it so badly lacked.

I was very disappointed with this as I had really high hopes for this.

I have been collecting Marilyn Monroe items since 1990 and the collection includes around 400 books, as well as films, documentaries, dolls, records and all sorts of other items
View all posts by Andrea Pryke →
This entry was posted in Horror, YA and tagged Cameras, Darcy Coates, Ghosts. Bookmark the permalink.